Thoughts from the Treadmill: Time Elapsed 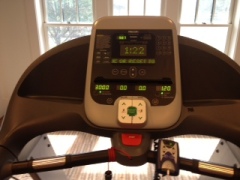 For April, my book club is reading The Enchanted April by Ellizabeth Von Arnim or the play based on her book, Enchanted April, by Matthew Barber. It’s been years since I’ve read a play book, probably not since I was in Thespians back in high school, but I’m really enjoying the experience. I love dialogue. It’s my favorite part of writing. I’ve seen the movie, “Enchanted April,” twice. Had difficulty following the opening scenes; having the play in front of me explains so much. Bear with me, if you will, with this quote from the initial speech of the main character, Lotty. It’s a little convoluted, but if you follow it, I think you’ll smile.

Were it only that some enchantment would step in for us all, to change what we have into what we wish for. To bridge the awkward gap between all of our many befores and afters. Because, for every   after found, a before must be lost. And loss is, by nature, an unbalancing thing. More unbalancing, however, is to discover your before gone without an after having taken its place. Leaving you merely to wait and to wonder if there is to be an after at all. Or if, perhaps, waiting and wondering are your after in themselves.  Matthew Barber

The story is about four English women who in 1922 rent a “castle” on a high up hill in Italy, San Salvatore, for the month of April to escape the ever-present rain in London and dismal remaining gloom after “The Great War.” Without admitting it to the others, each goes seeking her own “enchantment.” The rest of the story is about how they find or don’t find it.

Wondering by now how all this ties into the subtitle for today’s post, “time elapsed”? I’ll be leaving my winter home, Florida, at the end of the month to return for the summer and early fall to my other home in Iowa. It’s hard to believe my “time elapsed” meter for this season is approaching “time up.” Rather than go all maudlin regretting how time has flown, I’ve decided to make this my

enchanted April. What that means, I’m not quite sure, other than I want to be more open to experiences, new and familiar, and savor them all. It’s now April 8; almost one-fourth of the way through the month, but I’ve been busy.

Remember last week’s post about “pause and reset”? April fits right into that mode. By trying new things, I’m relaxing my brain, freeing it to refocus on my writing projects while doing “research.” Here’s what I’ve done so far:

April 1 – revisited Disney’s Animal Kingdom; once again rode on the Kilimanjaro Safari, this time seeing the rhinos and ostriches up close and personal, and for the first time, explored the Pangani Forest Exploration Trail, where I got to see a hippo inside an aquarium as well as three gorillas

April 2  – attended my first class in “Opera Appreciation” as part of the Stetson University Lifelong Learning program; experienced the wonders of modern technology that my grandkids probably take for granted in their school classes by viewing online excerpts of “Madame Butterfly” from the New York Metropolitan Opera. Surely I can send one of my future characters to an opera. 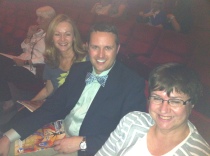 April 3 – attended a session on “Writing Your Life” presented by Patricia Charpentier; strangely enough, writing romantic fiction as I do, I hadn’t thought about writing anything autobiographical other than the bios I’ve provided to my publishers and on this website; probably something I need to think about more seriously as I get older; that evening, was able to sit in on the dress rehearsal of “Madame Butterfly” that was presented over the past weekend by the Orlando Philharmonic (thanks to my “Opera Appreciation” instructor for making the arrangements; though still not a true aficionado, I was mesmerized by the performances and honored to be in the presence of such talent.

April 6 – One of my favorite times of the year here in Florida, the Spring Flower and Garden Festival at Epcot; besides the glorious flowers and topiaries, HGTV sends some of its personalities to present their ideas on home design and decoration. This week, Meg Caswell was in town. I’m a huge fan of HGTV (Home and Garden TV Network), because I’m writing a three-part series about the building of a housing development in Iowa. 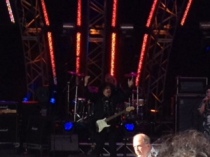 Look in the center. That’s Flo of “Flo and Eddie,” also known as the Turtles.

Me with Meg Caswell. http://www.megcaswell.com 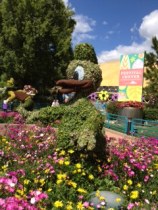 April 7 – Attended my second ever Mah Jongg tournament sponsored by the Yaffa Foundation in Longwood. Did better this time than the first, scored my first Mah Jongg. One out of twelve games played – not bad. Mainly, it was a fun afternoon and a chance to do research for a future book.

We’re only eight days into the month and it’s already been packed with fun and rewarding experiences. Truly enchanted.

This site uses Akismet to reduce spam. Learn how your comment data is processed.